Artificial insemination is a simple treatment which consists of the deposition of the sperm in an assisted way into the woman’s uterus. In this procedure the ovulation is programmed to make the egg coincide temporarily with a capacitated prepared sperm to fertilize it. In the woman there should not exist any barrier impeding the communication of the ovary with the uterine cavity, being it necessary that at least one of the tubes is permeable. To carry out this process it is necessary that the male present normal semen characteristics or at least minor alterations requiring a motile sperm concentration over 4 million mobile spermatozoids per millilitre.

What does the procedure consist of?

Artificial insemination is carried out in three simple steps:

2.    Spermatic Capacitating: Is the laboratory procedure in which the semen is washed and the spermatozoids with greater mobility, which at the same time, are those presenting a greater fertilizing capacity are recuperated.

3.    Doctor’s appointment insemination: The capacitated sperm will be carried in a special tube which will be used as means of transport to the interior of the uterus. This procedure is painless and will be carried out in the doctor’s surgery.

When is insemination required?

Artificial Insemination is required in all those couples in which after the initial study of the male’s semen characteristics and the woman’s gynaecological evaluation the factor causing the sterility cannot be clearly determined. Artificial insemination can be the technique of initial election when the male presents mild alterations of the sperm or has difficulties to deposit the sperm during intercourse due to either genital or psychological alteration.

That’s why AI is required in the following cases:

·    Psychological, Organic or functional alteration which impedes coitus.
·     Endometriosis at a minor level.

·    Sterility of unknown origin.
·    Immunological cause. 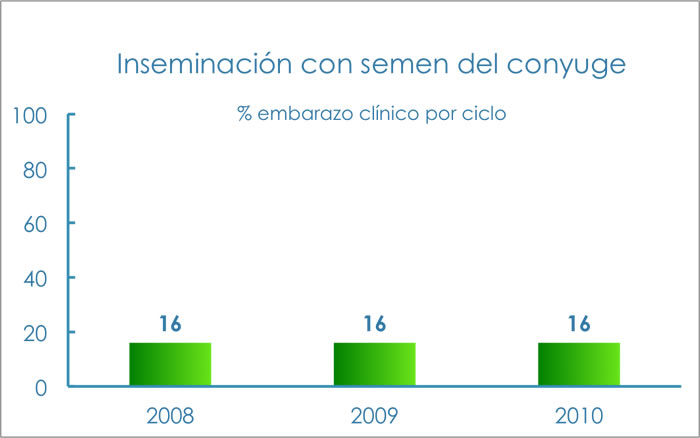